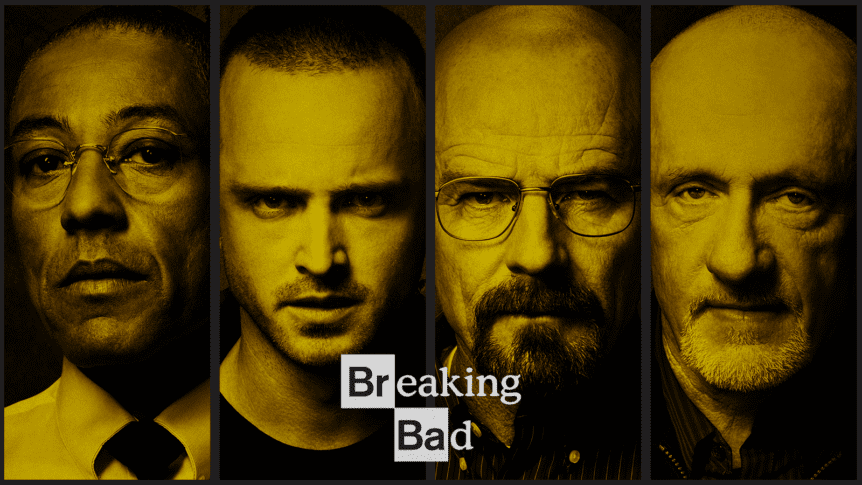 My dad still hasn’t seen Breaking Bad but never mind that right now. I watched the whole series for the 4th or maybe 5th time now. Seems like the more you watch it the better it gets. It’s just indescribable so I’m not going to try again. But I do want to talk about the episode that comes before the series finale episode. I noticed today that it gives me a shitload of goosebumps still. Even though I’ve seen that scene over 20 times already by now. To help you remember what I’m talking about here’s where we are in the series. If you haven’t seen the show yet don’t click on continue reading because SPOILER ALERT!

Walt is over in Alaska and just used his dying breath to bring the package full of money in to the center of the town near where he lives. He just called his son but that conversation went very badly. He then calls the police to turn himself in and sips his whiskey, knowing what was going to happen only moments from then. At this point the barman flips channels on the TV when Walt sees his former colleagues from Greymatter Technologies and asks the barman to flip back to that specific part. After seeing what they said on tv on what it does to Walt’s emotions the full soundtrack starts playing in the background and we learn that Walt changed his mind in that split second and he quickly leaves before the cops arrive. It is the very first time in the whole five season’s that we got to hear the full track. That’s when the goosebumps start showing up all the way from my head to my toes.

At that point I’m not only reacting like that because of my emotional investment in the show, but it also brings me back to that point in time when I saw the scene for the very first time. I remember having a similar reaction back then, and I was literally freaking out at that moment. I remember jumping up from my chair and screaming god knows-what, and I was overwhelmed by the fact that a TV-show could even have such an impact on me. It was then when I also knew that this was going to be the best show I ever saw up to that point in time. It still holds up by the way.

That genius Vince Gilligan who created the series is a true master. I wish I could thank him personally for bringing me all those hours of top class entertainment. At this moment I can not imagine that I will decide to watch the whole series a 5th or 6th time but at the same time I know for a fact that there will come a day that I will ride this entertainment ride once again.