Here are a couple of things that you should do after you’ve installed Raspbian on your Raspberry Pi. Installing the Raspbian operating system itself is very easy so I’m not going into that. You can figure that out on your own. This article is just about a couple of things that you should, or could, do after installing the operating system. Click on the “read more” link below to get started!

Once Raspbian has booted up, the first thing you should do is open a console/terminal and type:

A screen will appear that allows you to change several advanced options that are not accessible through the graphical UI. Make sure you set the option “Desktop Log in as user pi at the graphical desktop”. Here you can also choose to overclock your Pi, but if you’re not sure what you’re doing then just leave these settings as they are. Also it would be very wise to change the default password from raspberry to something else.
The most important thing you should do here, before doing anything else, is option number 1. “Expand Filesystem”. This will allow Raspbian to make use of all the extra storage space on your SD card that would otherwise be left unused.

When that’s done exit the configuration tool screen because now it’s time to upgrade the firmware of your Pi to a more recent one. We can do that by using the following command in console:

Please notice that this can also take a very long time, depending on what Pi you have. Updating the firmware is necessary because certain models of the Pi might not have all the required dependencies to run smoothly or it may have some bugs. The latest firmware might have the fix to those bugs, thus its very important to update it in the beginning itself.
Before continuing you must reboot your Pi! Either use the graphical UI to do this or type:

In my case I had to work with an SD card that wasn’t very big so I was looking for a way to remove some stuff I don’t need. By removing the Wolfram and LibreOffice packages I freed up almost 1GB and I could really use that.

Now it’s time to update the Raspbian operating system itself. Open a console window and enter:

Depending on your Pi this might also take a while, especially if you’re using an older Pi. When the update is complete I strongly recommend to reboot your Pi another time before doing anything else. When all is done we now have a fresh and up to date Pi with the latest version of Raspbian on it and we’ve got rid of some bugs that have been fixed in the firmware. You can now get started with whatever you choose to do with your Pi running Raspbian which is a solid foundation for any DIY project. 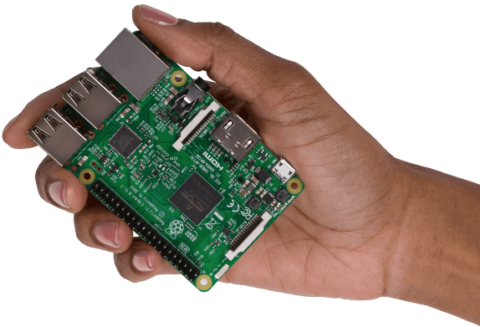 There are countless examples of projects that have been done to be found online. If you have a Raspberry Pi just laying around doing nothing because you have no idea what the possibilities are you should really have a look at the pages below. I’m pretty certain there’s an interesting option to be found for you personally. If you don’t have a Raspberry Pi, you should also have a look at these pages below and afterwards you can always decide if you perhaps want to purchase one for yourself. They only cost 35 euro’s. Here is a collection of great ideas on what to do with a Raspberry Pi for you: